Message of our President Luis Alban

The HSV welcomes our special guests Mike Symon – Federal Member for Deakin, Telmo Languiller – MP Member for Derrimut, to the Vice-Chancellor of Charles Darwin University and Laura Duncan representing the Victorian Multicultural Commission. I also extend a very warm welcome to all members and friends of the Society attending this event.

In this special night we are celebrating the extraordinary achievement of the HSV in promoting Hispanic culture for 60 years. This is the right moment to acknowledge those Australian, Spaniards and Latin American pioneers who in 1952 had the vision of creating the Society that we have now. But with the time, and after 60 years, our Society is younger than ever.

The HSV is experiencing exciting moments that can’t be wasted. We have now a more open Society, always looking for collaboration with organisations of similar objectives, our monthly newsletters are published in Spanish and English with coverage even in our native countries, we use the latest technology; we organize monthly Tertulias of excellent quality with big audiences. And we are planning to have a new venue for our monthly meetings from next year.

Why have we grown in recent years? Mainly because our Hispanic culture has been accepted by the Australian society. As evidence, the HSV was invited to participate in the Melbourne – Latin America Dialogue that brought personalities from Australia and Ambassadors from Latin America. The main objective of this event: to analyse possibilities of engagement and collaboration between these two regions in different areas: mining, culture, education, research, etc. I see immense possibilities for our Society in future Dialogues.

My vision for the future. We can grow as a cultural organisation even more. For example, it is important to diversify our cultural activities. We could participate in assistance programs for Hispanic speaking countries. The possibility of having our own venue is an idea that cannot be seen as a dream only. It can become a reality if all of us show determination. But to reach these and other objectives we need to attract and work with new generations. Those new generations will guide us for the next 60 years.  Thanks 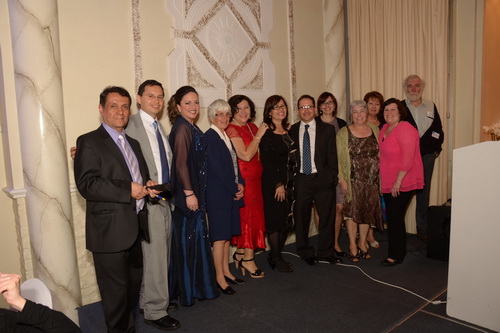 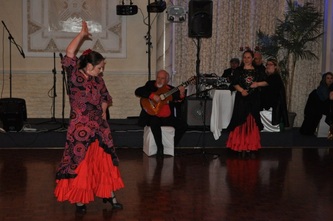 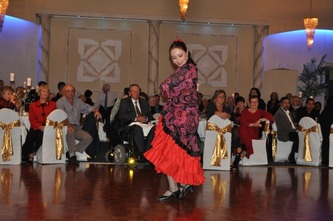 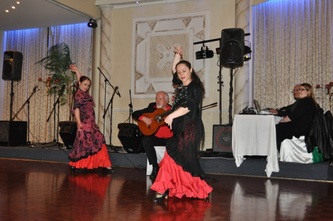 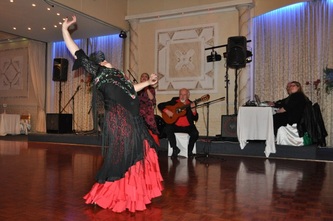 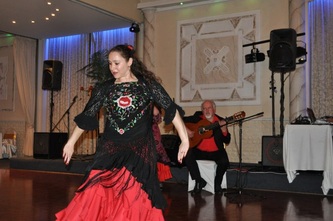 Flamenco is a dance and music that most indentified with Andalucia in Southern Spain but has been influenced over the centuries by Indian, Moorish/Arabic/Jewish/Gypsy/African and Spanish folk music.

It was further influenced by the music of South America as a result of Spain's colonization of the region. These songs are known as songs of the Idas y Vueltas and include for example the Guajiras and the Colombianas.

Los Tres Flamencos showed different styles from this rich and vibrant repertoire of music and dance: 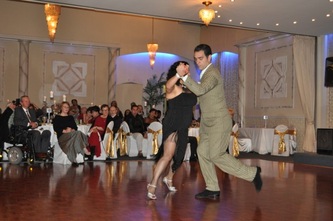 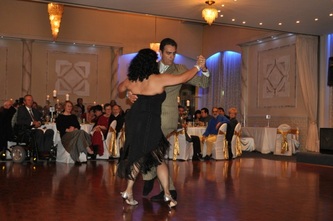 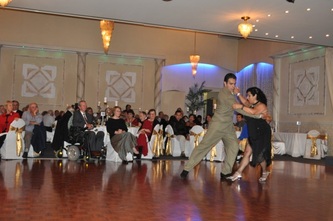 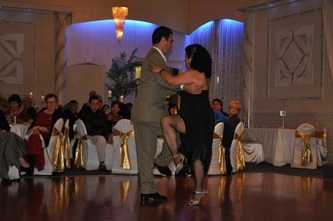 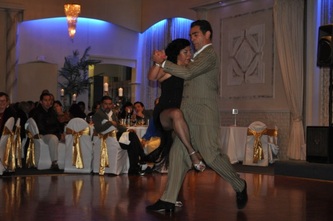 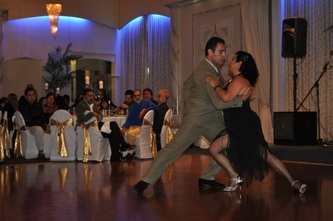 Alberto and Natalia Cortez are originally from Mendoza, a beautiful town in the North West of Argentina and later immigrated to Australia. Alberto and Natalia embraced dancing tango in 1994 with the ‘Buenos Aires Tango’ school at the Centro Argentino of Victoria. In 1996 created their own tango school ‘Solo Tango’ and since they have entertained, inspired and shared their love for tango with people throughout Australia and New Zealand.

Alberto and Natalia teach all styles of tango, including tango de salon, all varieties of milonga, tango nuevo and stage tango. Natalia and Alberto are one of the most experienced tango couples in Melbourne, dancing and performing for the last 18 years. 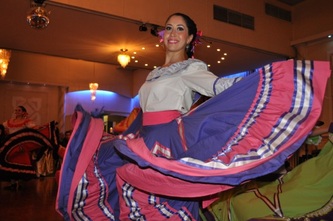 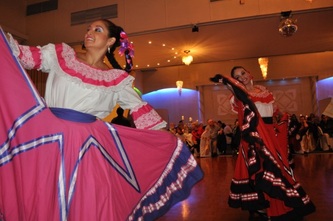 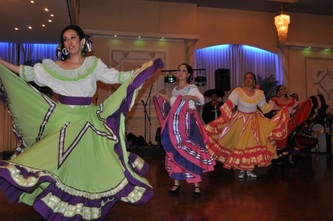 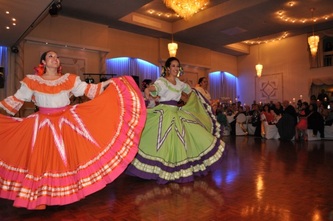 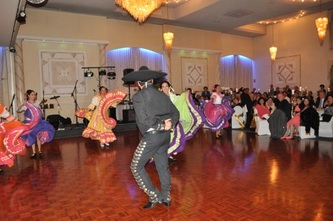 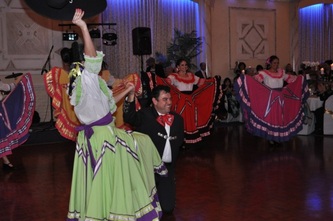 Mexbourne Dance Co. is a non-profit organization created in 2003 dedicated to promote the Mexican culture trough folk dance. The diverse, live and colourful culture of Mexico is represented in beautiful dances.

Mexbourne Dance invites you to join the journey by being part of the group. Gentlemen are more than welcome.

Tonight Mexbourne Dance will perform the most traditional and representative type of dance from the Mexican state of Jalisco, the land of tequila and mariachis.

Jose Antonio Rodriguez is one of the finest singers to come all the way from Cuba, he will be performing all the rhythmic and sultry sounds from Cuba and also some of the classic Salsa music that everyone enjoys dancing to. Jose has been performing all his life learning all his skills in Cuba by performing with the finest musicians and the best shows in Cuba. 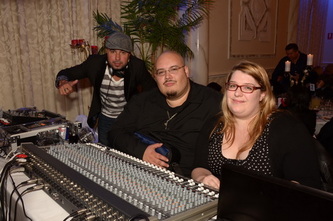 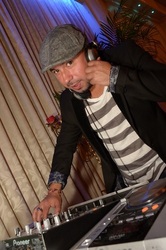 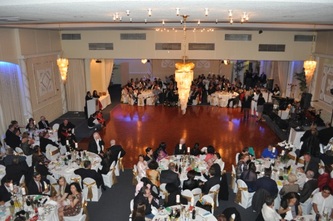 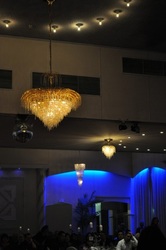 Del Barrio prides itself as being one of Melbourne's premier Latin Band. Since the mid 1990's they have entertained audiences with its saucy tunes.

It's repertoire is strongly influenced by the New York Latin bands of the 1970s. Ray Barreto, Ruben Blades, Celia Cruz, El Gran Combo, and Tito Puente are just some of the artists that inspire their music.

Gualberto Casas, lead singer and founder of the band, is a gifted performer who is able to transport us to that era of classic and sophisticated salsa. He and the band can boast as having a passionate following and has played to sell-out audiences across Australia and internationally and they consitently draws large crowds wherever they perform.